Puffed Rice Upma Recipe or uggani is an upma recipe made in South India mainly Andhra Pradesh. Puffed rice is commonly called as murmura in hindi and maramaraalu and borugulu in Andhra Pradesh.

Puffed rice recipe is mainly served as breakfasts by making it in the form of upma in south india. Its a unique and wonderful dish almost similar to poha. Kanda Poha and Aloo Poha are most common dishes across Maharashtra but uggani is mainly served in South India.

Puffed rice is a grain made from rice and is usually eaten as a street food or breakfast item or as an evening snack. It is also called as borugula upma but commonly called as uggani in telugu lingo.

The most common dishes made with murmura are murmura chivda, bhel poori( a popular Indian chaat), cakes and also used  to offer to deities in temples.

I have learnt that this dish is served with bhajiye or mirchi bhaji or plain pakoras such as onion pakoda or aloo pakora in some parts of South India. The puffed rice is given tempering almost similar to lemon rice  and finally adding lemon juice for some sour taste.

Many different regions mainly in south make this recipe in various ways and here I have tried to showed the recipe in the best way which could make the taste of this puffed rice much tastier and more preferable for breakfast recipes.

The rice is easily available in super markets and it is very important to buy a good quality puffed rice because the taste changes from good to bad if the rice quality or brand is not good….

Let’s take a look at this wonderful breakfast item called as uggani or borugula upma or vaggani , a popular dish across different parts of Andhra Pradesh mainly in rayalaseema region. 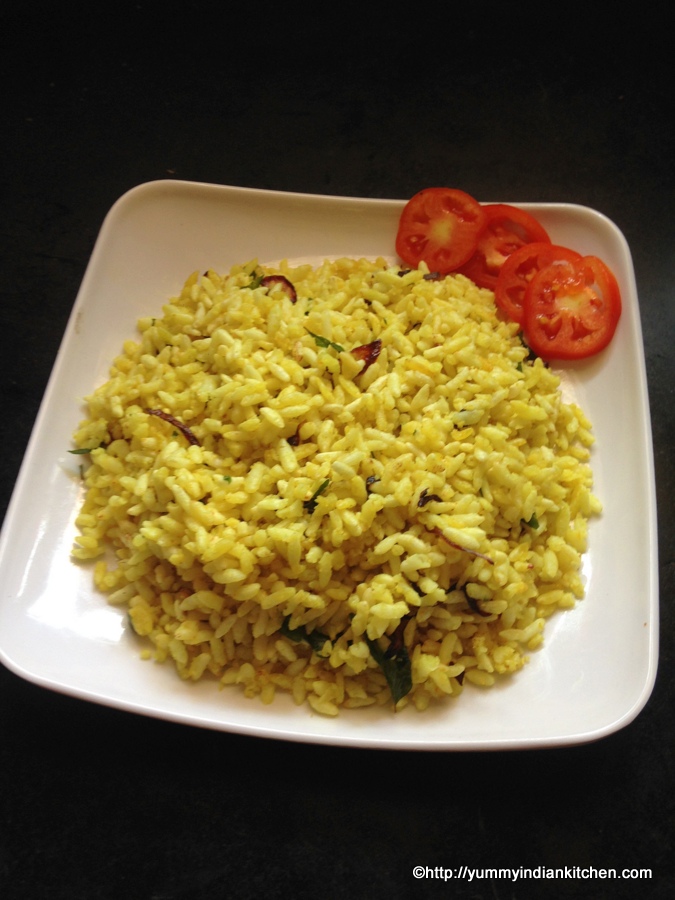 In this recipe, you can also add peanuts as well while giving the tempering.

Calories: 340kcal
Want To Watch Video Recipes?SUBSCRIBE US ON YOUTUBE! 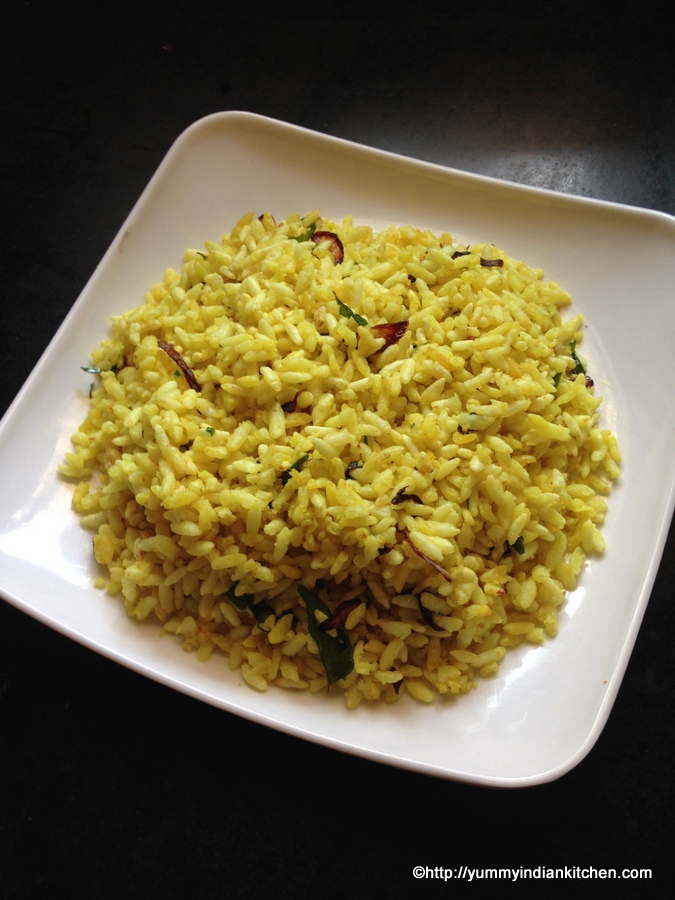