Kanda Poha recipe which is similar to aloo poha is a popular maharashtrian snack recipe and a breakfast recipe made with poha or atukulu and  is an amazing and a quick snack recipe good to go during tea time in the evenings.

Other breakfast recipes collection or snacks recipes to try are listed below: 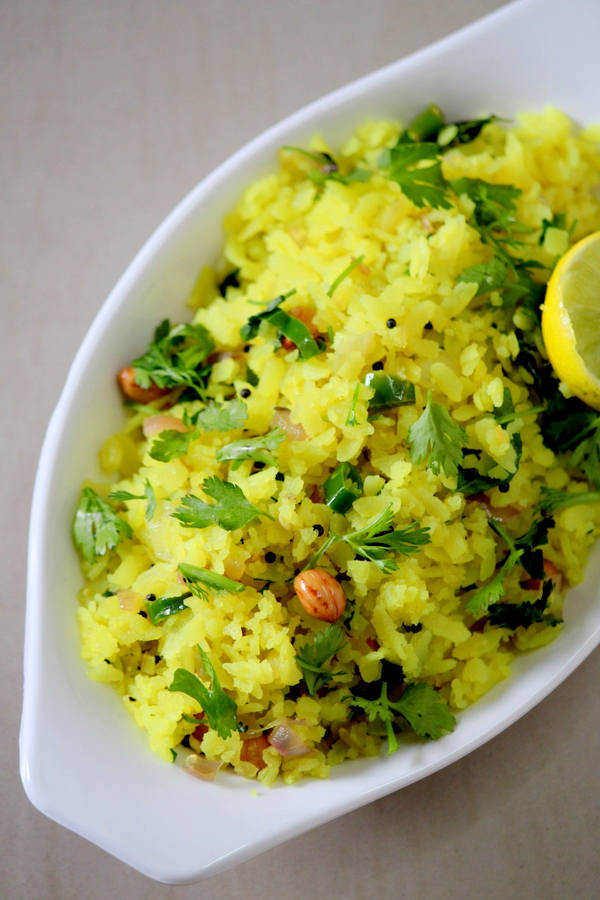 Other maharashtrian related recipes on the blog are methi bhaji, batata bhaji etc…

The color of the dish is amazing and the snack recipe is so irresistible… The poha or pohe is basically a flattened rice or beaten rice and can be used in various forms of making food.

To make kanda poha or aloo poha one needs to use a thick poha or medium thickness poha and the thin version is good for making chivda/chiwda. 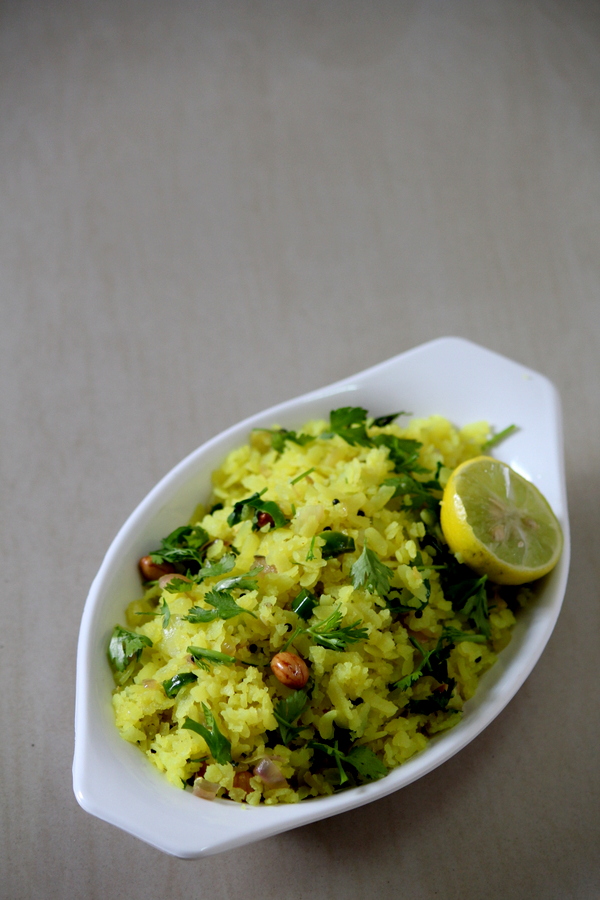 Poha is called as ‘aval’ in tamil and ‘atukulu’ in telugu and ‘avalakki’ in tamil. The poha can be thick or thin and it is mostly used to make snack varieties. 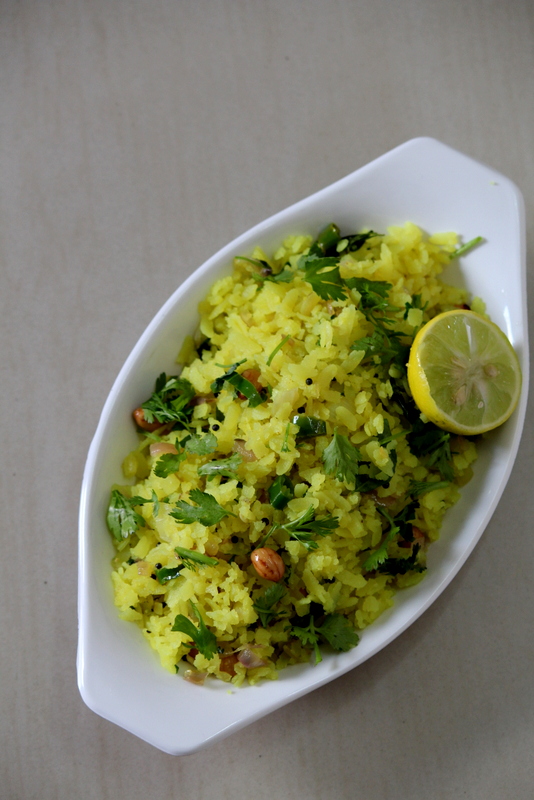 How To Make kanda Poha Below: 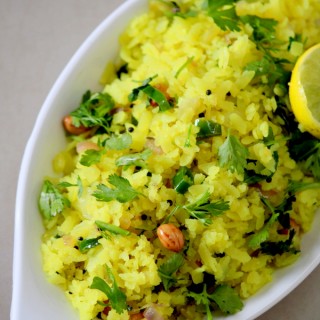 1.Never wash poha many times as it turns out soggy and can't be eaten.
2.After washing strain out the water completely from the poha.
3.Adding sugar is optional and in maharashtra sugar is added in traditional poha recipe.
4.Do not use the thin poha to make this recipe, instead pick up thick poha from the market to make kanda poha or batata poha.