Cinnamon water drink is simple and quick to make fat cutter drink using a cinnamon stick or cinnamon powder. This water is a wonder drink for those looking for drinks that aid in losing weight.

It is a very effective and widely known drink to reduce fat with a proper diet and regular workouts. Follow this diet drink for fantastic weight loss benefits.

About Cinnamon and Honey

We get different types of cinnamon...

Ceylon cinnamon is the true cinnamon, and cassia cinnamon is known to be the fake kind of cinnamon.

Cinnamon sticks appear brown and are of finger-size rolls. True cinnamon is the aromatic bark of a cinnamon tree and has many layers inside the roll.

Fake cinnamon has no layers inside the roll and is brown but does not give out any aroma or fragrance.

I am sharing a cinnamon drink that can help effectively with weight loss. Do follow it with the rest, such as diet and exercise.

How is cinnamon used in cooking?

Cinnamon is used widely in Indian kitchens as it gives a great aroma to all the dishes, such as flavoured rice or curry recipes.

The cinnamon is added along with other spices during the tempering stage as they release all the essential flavors and give a great aroma to all the recipes.

Every special dish made takes cinnamon as a flavorful ingredient into the dish and lifts the flavor of the whole dish.

Not only rice and curries but cinnamon is mainly used in desserts such as cakes and rolls and is used as a topping on many sweet recipes.

How it is used for weight loss

Benefits of this spice

Cinnamon should always be consumed as it is a wonder spice that can cure many body-related issues.

Adding it to curries gives an aromatic flavor.

It is said to have lots of antibacterial and anti-fungal properties.

These help in reducing the formation of bacteria or any form of fungus inside the body.

Cinnamon has been a known spice for ages and is effectively used for weight loss issues.

It is said to improve digestion, heartburn, and gastric problems in human beings.

This spice also reduces cancer risk as it has anti-carcinogenic properties.

It is mainly said to reduce blood sugar and cholesterol levels in our bodies.

It should be used in very small quantities, and having it in more quantities than recommended might cause adverse effects on the body.

Do not use more than a teaspoon of it per day. Take in the form of powder or just use a few sticks, such as 2 to 3 per day, if used in another form, such as in a drink.

How to drink this water to lose weight

After trying out this drink with my viewers, I hope to receive good results.

Check out the recipe below to make cinnamon water, and hopefully, it can bring a change in the lives of those looking out to lose some belly fat or other body fat.

If you want to make a drink using lemon in this water, then add a teaspoon of lemon extracted juice to the cinnamon water and make it.

This way of having the drink is more healthy and is a good detox weight loss drink by enhancing the flavors with lemon and honey to the cinnamon steeped water.

Another recipe on the blog with lemon in it is lemon cucumber water, a detox recipe. 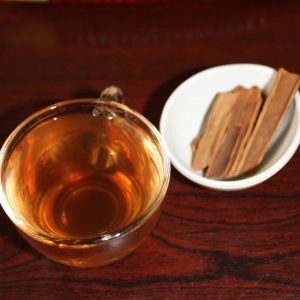 Can we use cinnamon powder instead of a stick?

Yes, cinnamon powder, too, can be added to lukewarm water and consumed.

What is the best time to consume this drink?

The best time to have it is to consume half an hour before breakfast, which can also be consumed before bed.

Does it help in weight loss?

Yes, it aids in losing weight, but there should also be another critical list of things that need to be followed, such as workouts, etc., to promote weight loss.

Does cinnamon help in preventing any other things?

It is said to reduce the cholesterol levels in our body as well as help in reducing the blood sugar levels, but it is highly advised to seek a doctor's help before using it for ailments.

NOTE: The information shared here is general, but one should always consult a physician before deciding to follow the drink regularly.

The information provided in this article is only for general purposes and is not given by any medical practitioner... Please follow the doctor's advice before following any weight loss drink.

Do not attempt these sorts of drinks during pregnancy as they may cause adverse effects during that phase.