Chicken keema recipe is a hyderabadi style keema recipe which is made in a simple method using onions and tomatoes.

It is not mainly a Hyderabadi style of making but can also be seen made using the same style in several parts of the country with slight variations here and there.

We often think of only mutton keema whenever we think of keema recipe but not many know that chicken keema is also used. 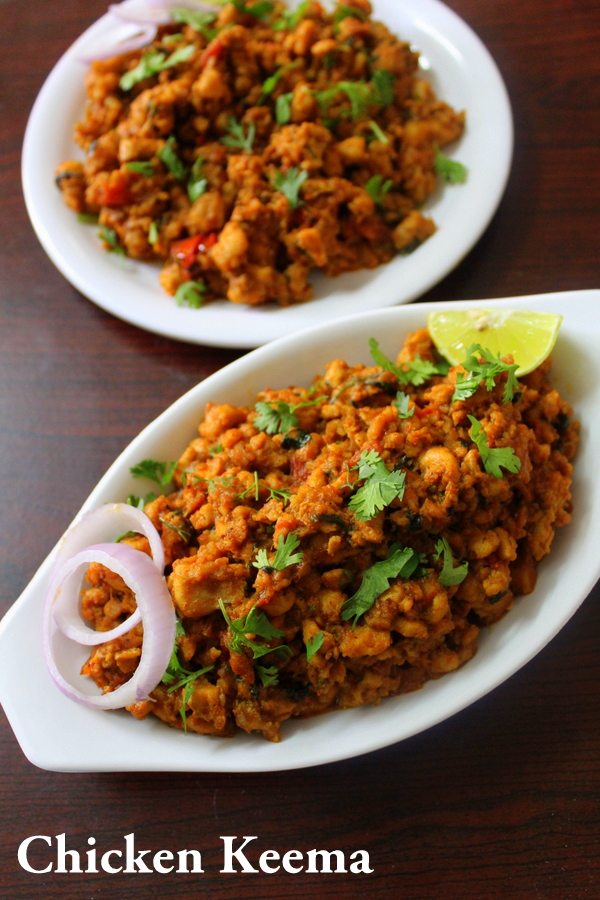 This keema is nothing but the minced form of boneless chicken and it is not made often as most of the people prefer to use mutton keema rather than chicken ka keema.

I would suggest to try this recipe out which goes good with roti or parathas or phulka.

This is a perfect side dish for many of the main course recipes and it takes less time to cook compared to mutton as well.

Here I have tried to make chicken keema in a curry form by adding onions and tomatoes and the onions have been cooked brown and then used in the curry. 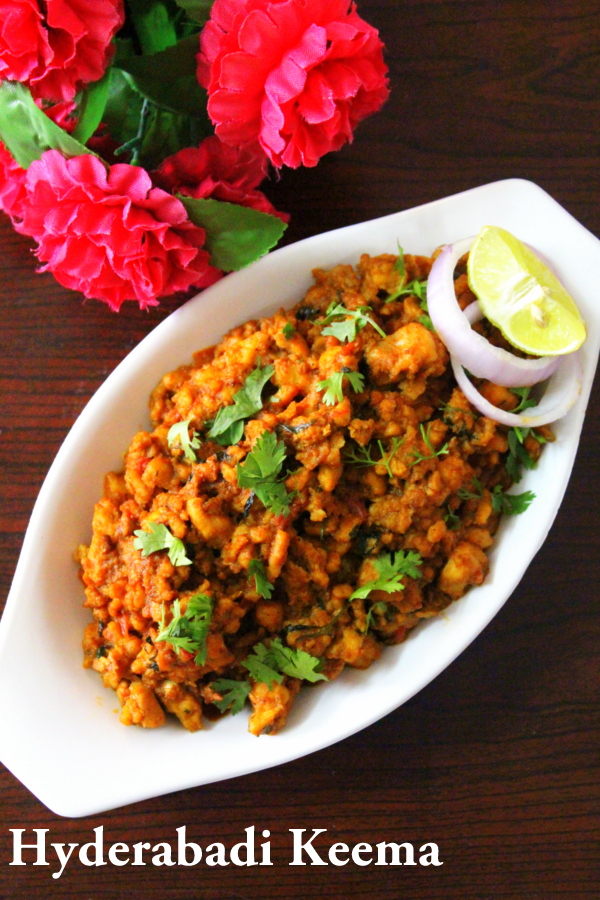 But this is only one of the ways to make keema and it can be also stir fried or roasted as an accompaniment to roti or chapati.

I have many mutton recipes and indian chicken recipes on the blog and each recipe is different and my blog specializes in many varieties of non veg recipes including egg recipes as well.

In Hyderabad usually these kind of recipes are made for morning breakfast where they are served with chapati and most of the non veg recipes like mutton keema, chicken keema, bheja fry etc…are served with morning roti.

I am sure most of us might be doubtful on how this would taste but trust me it tastes awesome and this should be definitely tried as a side dish to indian flat breads.

We can also make other several recipes like keema biryani too or this keema can be added in rolls. 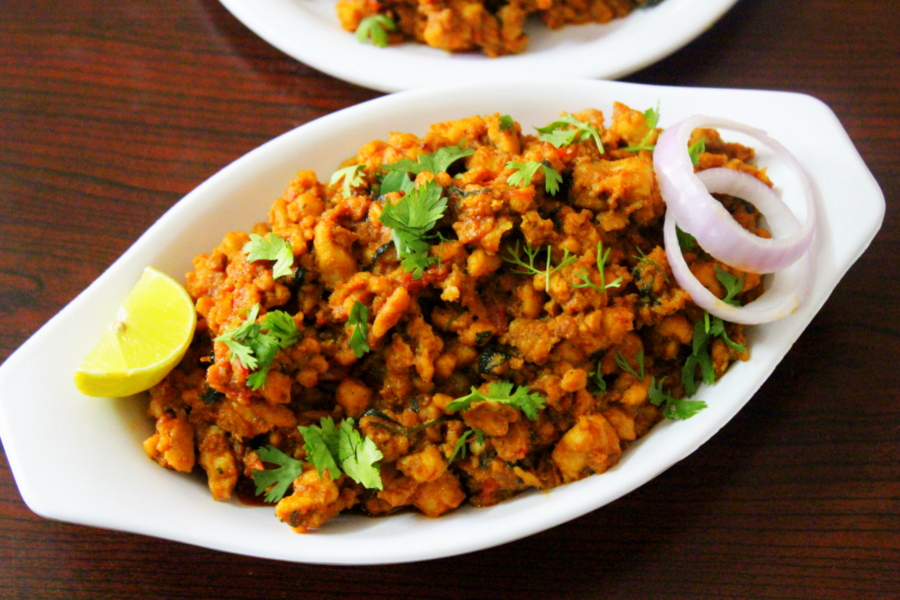 Here, I have followed a slow cooked method but, one can also use pressure cooking method to make this recipe. For slow cooking method I have added 2 cups of water, but to cook the keema in pressure cooker, adding 3/4 cup of water and pressure cooking for 1 whistle would be more quick in making and obtaining the same taste. At the end, do add flavorful spices such as black pepper corn powder, garam masala powder, coriander leaves and then cook for few more minutes before switching off the flame.

Below is the recipe on how to make this simple keema recipe in slow cooking method.

How to make chicken keema: 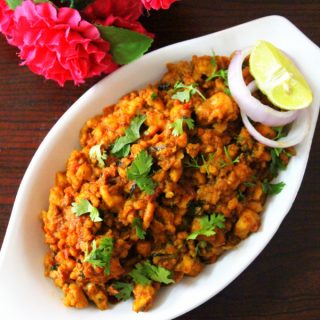 1. The same slow cooking method can be used to make mutton keema as well.
2. To make chicken keema always prefer boneless section of the chicken.
3. Wash the keema well and it is must to strain the keema before cooking. If there is water content inside the keema then the chicken does not get roasted well and it does not taste good with raw smell in the keema.
4. Therefore roasting it well while cooking before adding water is a must step to make chicken or mutton keema taste yum.
5. I have used slow cooking method to make the keema here. However, if one wants to pressure cook then instead of adding 2 cups water, just add 3/4 cup water and pressure cook for 1 whistle, reduce the steam, remove the lid and then add coriander leaves, garam, masala, kali mirch powder, cook for few minutes, roast well, switch off the flame and serve.