Chicken kebab, a kabab recipe where the boneless chicken pieces are marinated in basic spices and deep-fried in edible oil. Also, check out other chicken recipes from the blog which range from starter recipes to main meals...

How to make the chicken soft and tender:

Chicken after deep frying turns out hard sometimes, therefore it should be marinated well and also make it even softer egg has to be added which gives a good flavour and texture to the chicken.

Here, I have deep-fried to make the chicken kabab but one can also insert the chicken pieces in a skewer or kabab sticks and can slow cook them using the barbecue method or using a pan method on the stovetop.

Chicken is the best non-vegetarian ingredient that can be used to make any kind of chicken dish ranging from starter to the main course to curry recipes and even rice recipes that can be mixed with chicken such as chicken biryani in cooker, chicken biryani recipe, dum biryani, chicken pulao etc...

How to serve this starter?

This particular chicken starter can be eaten plain with the help of any dip or mayonnaise or can be served with any main course dishes as an accompaniment such as it tastes good with plain curries or tastes good with dal recipes as well.

It goes well with dal recipes such as khatti dal, masoor dal, plain dal or even Pappu recipes or as evening snacks.

Is it necessary to add color?

Color is added to this chicken kebab recipe but it is not really recommended as using food colours is slightly harmful and are not suggested as they cause negative effects to the human body.

However, such substances are added as they give an amazing look, colour and look quite appealing while presenting the dish.

I have added the colour in very few quantities and I suggest that the food colour can be added as per requirement and as per the depth of the colour preferred.

A video has been added below to make this recipe even more understanding and to help in making procedure.

Other stuff to know about chicken

The chicken is always said to be made or eaten less as it is said to be sold in more quantities by injecting and multiplying them.

Chicken when used should always be a poultry chicken and not broiler chicken as poultry or desi chicken is said to be healthy and contains lots of proteins.

Chicken mainly poultry chicken is good for health as it helps in building muscles and building the body.

How to store chicken?

Chicken should always be frozen in refrigerator.  It should basically be consumed fresh and should be stored only when required and is best when consumed fresh.

Chicken is one such non-vegetarian stuff that is often asked for in restaurants, hotels and also in several occasions such as weddings and food stalls.

Chicken tastes good if made in any manner and it can be tenderized in just a few minutes, unlike mutton which takes time to get tender and soft.

Check out the chicken kabab below with step by step procedure and video method as well... 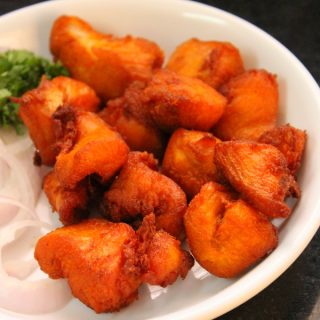 Do leave us your comments and suggestions on this recipe and do visit our you tube channel for more recipes and videos...