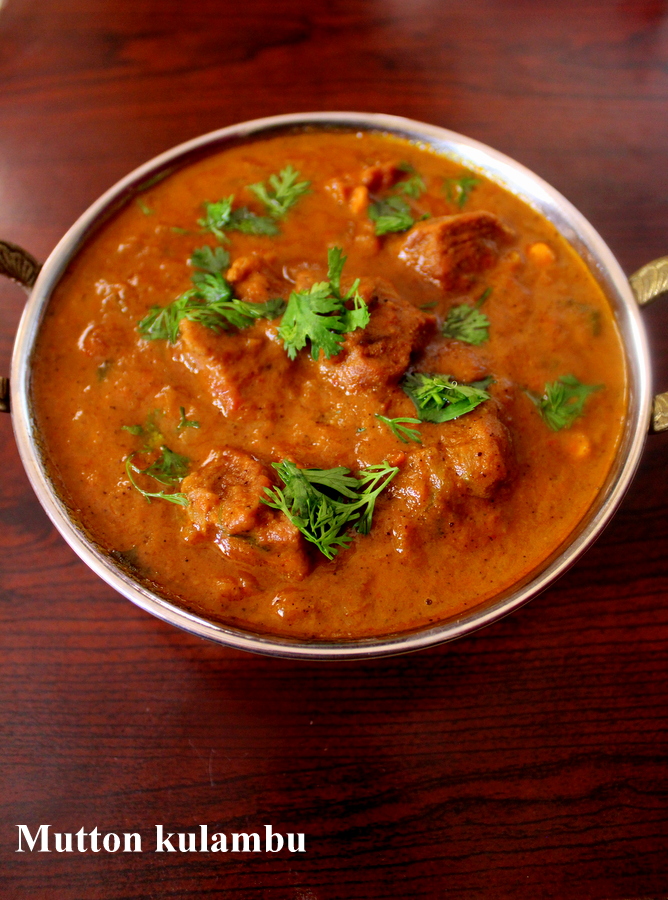 Lamb recipes on the blog:

What actually is mutton kulambu:

“Kulambu” is basically a term used in place of curry or gravy down south in Tamil Nadu. Kulambu is also referred to as “kuzhambu” which have gravy consistency in the curries and also added a sour touch by adding tomatoes to them.

In those gravy based recipes we add certain extra flavors such as curry leaves or made by adding spicy ground masala which includes dried red chillies, black pepper, cumin in most of the kulambu recipes. 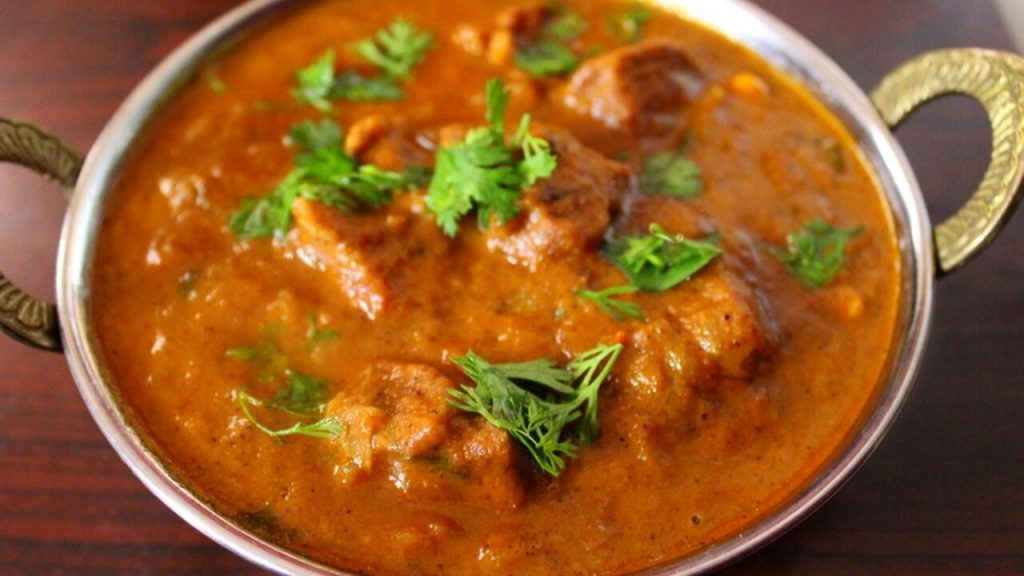 There are few more south indian recipes shared on the blog which are highly popular such as ambur mutton biryani or it is also called as ambur star biryani, ambur chicken biryani, egg kulambu , egg roast, nadan chicken curry etc…

How to make my version of mutton kulambu:

Here, I have used a masala paste of coriander, cumin, dried red chillies, coconut pieces, onions which have been roasted well and added into the mutton to get a very good gravy and also cooked well so that the masala flavors get infused into the mutton.

Curry leaves are added as the tempering which gives a different aroma to the whole dish and it is basically served with parotta, rice or any sort of pulao recipe.

I would be glad enough to update some of the popular kulambu recipes as I keep trying them, testing them and posting them on the blog for my blog readers to try out some of the amazing south indian recipes.

Advantages of including mutton in diet:

Check out the recipe below which has been shared with detailed steps and also a video procedure for the recipe is shared to understand the process of making kulambu recipe even better. 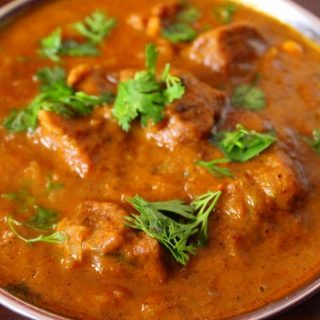 To dry roast the masala and to make their paste:

To cook the curry:

Cooking of the mutton curry:

Calories: 450kcal
Want To Watch Video Recipes?SUBSCRIBE US ON YOUTUBE!

This is just one of the ways to make mutton kulambu recipe. I have tried my best to bring out this popular recipe to my viewers who look out for mutton kuzhambu, but if you have suggestions on making other ways of mutton kulambu then do leave your suggestions or a feedback below in the comments section.